What happens in a ‘Rapid Conversational Therapeutic Coaching’ session?

A lot of people ask me how my ‘Rapid Conversational Therapeutic Coaching’ works.

Well, we’ll actually just have what will appear to you to be a fairly normal conversation…the thing is we’re trying to reach your unconscious mind because the problems are actually exist within your unconscious and that’s why you haven’t been able to solve them. If they were in your conscious mind, you would undoubtedly have solved them by now.

So, we’re going to have a fairly carefully structured conversation that will appear to you to be a fairly normal conversation. However, it’ll be different in that there will be times when I will repeat what you’re saying, I could well interrupt you, there might be pauses, even long pauses at times, you might even find yourself getting a little bit trancy, but that’s okay.

And while we’re talking about your problem, and we’ll be looking at it at great depth, you’ll be surprised to find that you start to sort it out yourself: you start to see it in a different way.

The way you’re thinking up until now will have been contained in a box and you haven’t been able to get your thoughts outside that box so, by asking you the questions I’ll be asking you and having the conversation that I’ll be talking about, that box will basically explode.

Your thoughts will be able to go much more freely, and you’ll find solutions that you, at the moment, can’t even imagine existing.

As a result of this you will have breakthroughs that that will amaze you! And, funnily enough, at the end of it you might not even remember what the problem was!

I’ve had that happen with clients: they have had a massive breakthrough and then can’t even remember what the problem was and I have had to remind them what they came to see me about because it’s just exploded! It’s just gone!

This could often happen in one or two sessions – it’s amazing how quickly we can do this. Sometimes it takes a few more but it’s very, very effective and very, very transformational.

If you’re interested in trying this out, click on one of the links below and we can have a chat and see if we’re a good fit for each other. 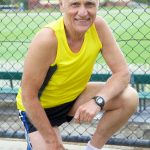 How to Make Yourself Accountable – to Yourself!

I help people make changes in their lives so they can be closer to their best selves.

While some types of personal change can happen very quickly, changing habits can often take quite a bit longer. To help us stick to our goal as we make these changes, it is often really helpful to have an accountability partner – someone to report to from time to time to keep them informed of our progress. Knowing that we are committed to doing this can help keep us on track when we find your motivation is waning. 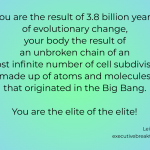 You are the result of 3.8 billion years of evolutionary change 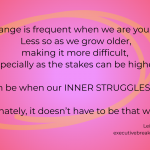 Life Transitions can get harder… 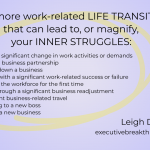 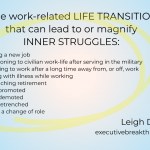 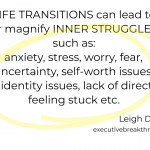 Life Transitions can lead to 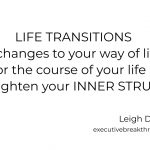 Security is mostly an illusion

Security is mostly an illusion…

PrevPreviousSome symptoms of INNER STRUGGLES that could be holding you back and what you can do about them
NextWhat difference could it make to your life if you let go of your inner struggles?Next