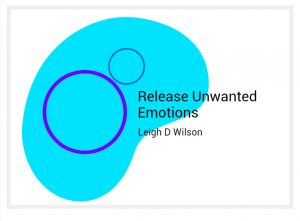 Are you unsettled or disturbed by unwanted emotions such as anger, sadness, anxiety, stress, shame, hatred, greed, jealousy etc?

Of course, feelings and emotions originate in a particular situation for a good reason at the time: to guide us, to warn us, to motivate us, to protect us etc. but they sometimes persist well after they have served their original purpose.

You might find that you have this unwanted reaction repeatedly in a range of different but somewhat related situations. There is something about these situations that trigger the unwanted emotions or feelings.

This reaction to situations can be unsettling or distressing and can even be harmful in your relationships with others. So, it can be a good idea to remove the trigger that sets you off.

The processes that I take you through on this audio will help you do that and leave you feeling inspired and uplifted. 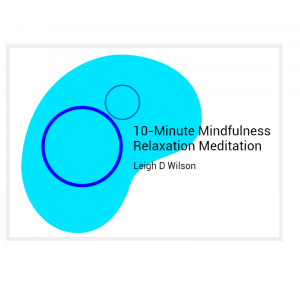 One of the things that causes us as humans a lot of unnecessary pain and unhappiness is the fact that our attention is rarely completely focused on whatever is happening in the current moment – we are so often preoccupied, either partially or fully, by regretful or painful thoughts about the past or worrying or anxious thoughts about the future.

But the past is the past and can’t be changed and ruminations about the future are unlikely to be completely accurate.

The only thing that we really have and really know is the present moment.

This audio track will help you put aside your regrets and fears and help you focus briefly on the one thing that you have with you always – your breath.

And it will teach you how to use this to help you relax as you focus on the present moment.

So, by enjoying the beautiful relaxation that you’ll experience as you listen to this audio track, you will be, simultaneously, practising mindfulness.

By doing this regularly, you will enhance your habit of living in the present moment, which is generally a far more effective, creative and less stressful state in which to live. 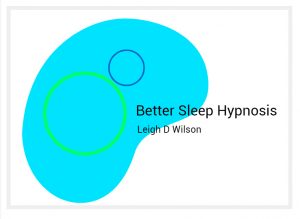 This audio track is one of two designed to help you overcome problems with your sleep. That is, problems getting to sleep and problems staying asleep.

The Wake version is generally more effective in promoting long-term change because the listener is able to take on board all the suggestions that it contains, right up to the very end, whereas as the Sleep track is useful to lull the listener to sleep, the later suggestions are less likely to be absorbed.

I guess it goes without saying that because this is an audio that will induce better sleep, it should not be listened to at an inappropriate time, especially when driving a vehicle or operating other forms of machinery.

I suggest listening to the Wake version during waking hours each day for about three weeks or so to allow the suggestions to be fully absorbed by your unconscious mind.

Listen to the Sleep version after you have turned off the light and are ready to fall asleep.

Of course, as for all hypnosis, if you are under the care of a mental health or similar professional, seek their advice before listening to this audio.